What is a group?

A group is comprised of users, roles, and other groups.  There are two types of groups:  Public groups and personal groups.

Public groups are created and maintained by administrators, and can be referenced in org-wide configuration (such as sharing rules).

Personal groups are created and maintained by users, and can only be referenced in select configuration (such as Outlook contact synchronization).

Why use public groups?

Use public groups to streamline the process of sharing access to records and folders with a collection of users.

1. Sharing access to records or folders with named users (this requires a public group): 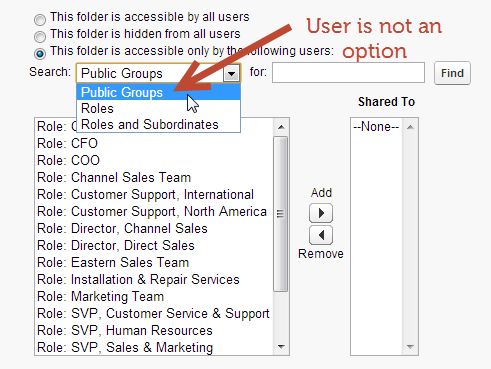 2. Sharing access to several resources to the same collection of users within specified roles.

For example, I want to share access to 2 report folders and a dashboard folder with the following roles:

I could configure the sharing criteria for 3 folders to include these roles.  Or, I could create a public group with the roles: 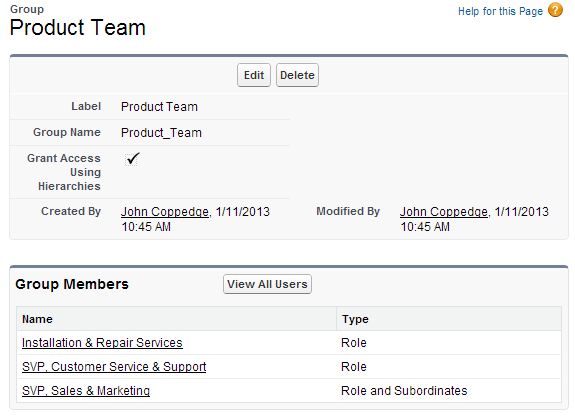 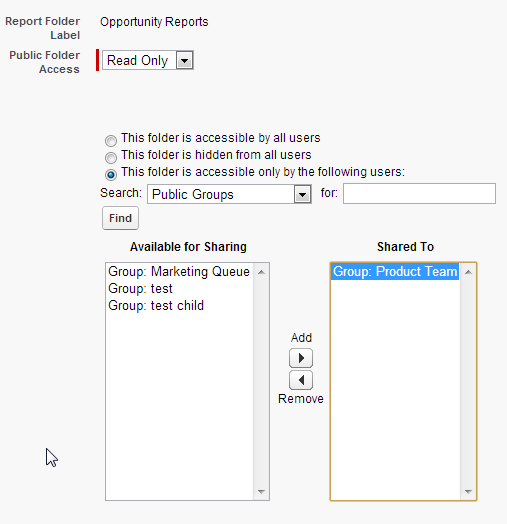 Now let’s say that the “Installation & Repair Services” role should no longer have access to the folders.  With a group in place, I simply remove that role from the group.  Folder access is updated automatically.

Without a group, I would need to edit each folder separately to make the change.