When to use a campaign hierarchy:

Use campaign hierarchy if you want to track statistics about a group of campaigns.

My organization is running a series of webinars.  We would like to have a snapshot view of how each webinar within the series is performing individually, as well as the series as a whole.

In this scenario, I would create a parent campaign for the series, and a child campaign for each individual webinar held:

How to configure campaign hierarchy:

Campaign hierarchy fields may be set to hidden field-level security by default.  Ensure that the proper profiles have access by changing the visibility to each field (if required):

Click on the field (e.g. “Total Actual Cost in Hierarchy”).

Set the field to visible for the appropriate profiles. 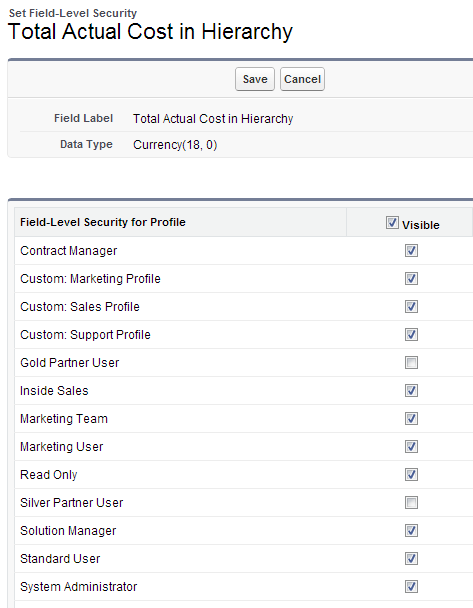 Repeat for each field you would like to use:

Now that the campaign hierarchy fields are visible, add them to appropriate page layout(s).

Note: You may want to consider using record types when implementing a campaign hierarchy.  Using a “Parent” and “Child” record type and associated page layouts can allow you to display the relevant fields on the corresponding layout (e.g. display the “Parent Campaign” field on child campaigns only, and display campaign summary fields on parent campaigns only). 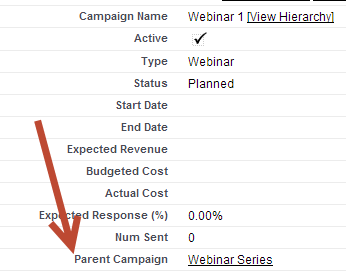 You can have up to 5 levels in your campaign hierarchy.  There is no limit to the number of campaigns within the hierarchy itself, however.